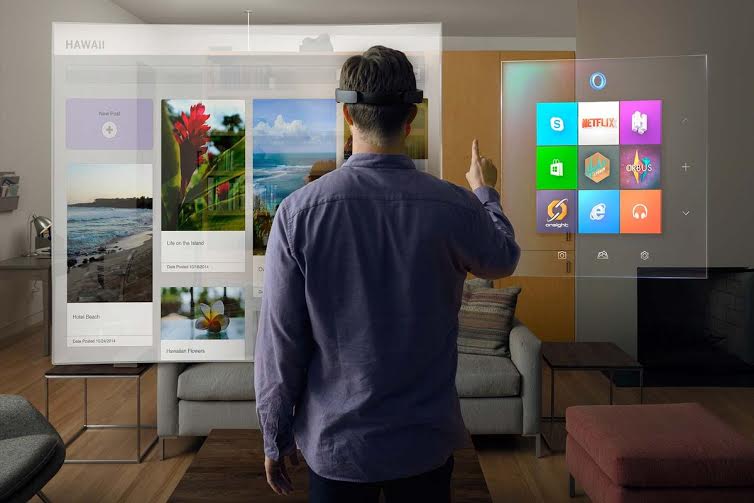 Microsoft Hololens- The Next Step Into Virtual World

If somebody ever asks, “What is the nature of technology?” Without any hesitation, getting rid of all rumble jumble the answer that strikes our mind is “Change”.

These changes occur with immense pace but this change has a nature of itself too. However, it has been hurting the minds of tech lovers for a long period. More than invention, more than massive changes, only thing that was taking place for a long period was “Upgrade”. Apple is undoubtedly renowned for their innovations and iPhone was undoubtedly a massive breakthrough. If we look closely at the whole iphone product line one thing will hunt us for sure and that is “iPhone was invented just once”. Theres only one iPhone. iPhone 3, 3G, 3GS, 4, 4S, 5, 5S, 5C, 6, 6+ are nothing but a whole bunch of the same thing. Yes, theres is obviously some changes, these changes are the ‘upgrades’ we are talking about.

Nothing goes wrong with the upgrade but specifically it hurts us when there’s less innovations and more upgrades.

Microsoft’s windows phone is a venture that didn’t have the mass appreciation for some reasons. As a consequence Microsoft went low from the focus of market and mostly deprived even the optimists.

Yes, it did strike again and made us to remember the old saying, “A giant is always a giant.” Tech lovers found their topic to gossip again, tech-ground faced a massive shock with the hard knock of the amazing technology that morphed our sci-fi fantasy and reality into the same horizon.

It’s Hololens we’re talking about. We are not gonna explain the functionality or the performance or the specs or anything else since it’s available everywhere. All the tech-sites have been flooded with the Hololens.

Hololens is actually a headset that projects holograms into real space. With Hololens, it’s not like that we’re entering into virtual world. More precisely, it feels like the virtual entered into our world, before we could enter into the virtual world.

Technology companies has promised us to bring new technologies over period, Arthur C. Clarke, Jules Verne wrote part of the tech- world we live today prior to the invention. Hollywood eases our fantasy in the each sphere of time with the visual presentation of future tech. Ok, it doesn’t come out with the real tech but at least visualize the simulations!

Microsoft Hololens is an augmented reality headset that an project virtual or digital images to the real world. the images would appear as 3D objects which would enable the user to manipulate these objects. Microsoft will be featuring through their HoloStudio app, Sketchfab – a virtual playdough-like app that allows the users to create content with their hands.

The futuristic concepts it holds is surely the reflection of the new day, the day to enter into the holographic world paved by Hololens with holograms at our fingerprints and one thing more it will definitely be worth the wait.